Why is the site yellow? 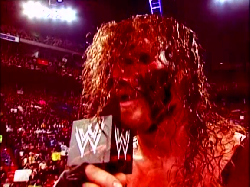 I generally forget to do stuff, and sometimes shit goes wrong or isn't working, so if you spot something that doesn't work feel free to post it here and I'll have a look at it.

"The NO Show" makes it's return to the airwaves today. As a replacement for the two hour preshow call ins we're going to be doing a weekly show talking about wrestling every weekend at 9AM EST/2PM GMT.

It's a trial run today but it will be myself and Samoan Driver hosting and chatting about the last week of wrestling.

The re-initialisation lines in the code mean that the cron isn't running the hourly jobs - mainly because the paramaters for the hourly, five and fifteen minute stuff aren't in the database.

The Registry::set('route', Route::newFromRoute()) should work if we pull through some parameters into it. I think pull them through as a public attachment: $route->parameters;

Data storage will be interesting, probably better to enforce the idea of $options arrays rather than order of parameters. Don't think there's a need for a relationship array here though. 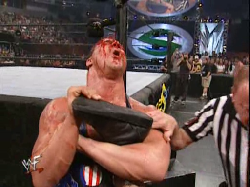 >>6114
Heh that highlight, also there's some argument against using parameters and just using the actual routes to go to methods :/ 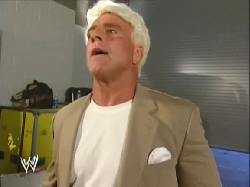 Hello, I’ve been flying by the seat of my pants the last few weeks working on some super secret stuff. Pushed it live about half an hour ago found a really cool bug where all the Javascript doubled up.

Since the last update a lot of stuff has happened. Let’s start with the G1. I’ve not really had much feedback on the whole FUJIBET thing some people said it was fine and actually liked the fact that results for the most part came out on the day of the shows. Special thanks to Raspeymorton for taking the lead there and getting those results out on time.

There have been some grumbles that 90 matches across 18 cards got exhausting; especially from those who aren’t really following the NJPW stuff. Overall only about half of the regular WWE FUJIBET players took part but the whole event has seen one of the biggest traffic hikes we’ve had (second only to the JTG anniversary).

I’m definitely considering running it next year but it might run as it’s own season as there were complaints that people simply stacked points on the G1. I was toying with the idea of offering leagues the option to pick which companies and which events they wanted to enter into, but it makes things a bit complex when you want to display a season leaderboard. It’s on the stove, just a bit towards the back.

Our season winner is Blancanon, and as per their prize is a feature request on the site (within reason), so if you know Blancanon ask them to post below what they would like to be added. 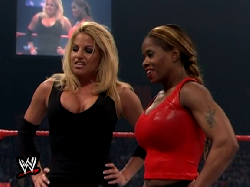 >>6097
Still don't get why people don't just quickly power through the questions after they come up... Am I really the only one who does that?

Seriously, I just went on it after they got uploaded, and just picked the guys I knew/Whoever had the coolest name (I didn't really know much about NJPW...)

>>6105
>As the user statistics already suggest, FUJIbet interest dropped off half way through the G1 most likely due to the sheer amount of stuff required to make predictions.

That's not true, the interest didn't drop off at all. I only said that compared to WWE shows there was about half the interest the actual data (see the table on the right) shows that there was on average around 45 people that showed up for the event.

The Day 18 card literally went up hours before it closed, even I forgot to do prediction for it and I put it up 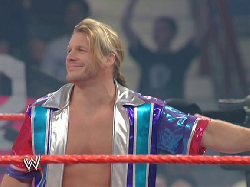 >>6106
Based on Google Analytics usually 10 people go to the site on the day the event is released and the majority tend to wait until the last minute to submit predictions.

This is largely as kpaq pointed out that there are last minute adjustments in the betting odds when the "smart" money comes in.

A few suggestions:
For next year's G1, to prevent it from being worth so many points, I'd just make it its own separate league. I'd also like to see ppvs from other promotions, such as ROH or Dragon Gate, but since not as many people follow those promotions they could be worth less points in total than NJPW or WWE events.

As for features, it would be cool to predict each major roster member's status at the end of the year, for WWE and maybe NJPW. There would be categories asking for their alignment (face/heel/tweener), if they win titles, what brand they stay on (if applicable), or if they get released.

>>6109
>G1 as it's own league
Probably will be it's own season next year, that way it can stay separate as it's pretty much it's own season. Though I'll look into doing the whole company split thing per league.

>predicting face/heel/tweener
Gosh. Probably harder than deciding whether something is interference or not. I mean is Roman a heel because the crowd boos him or a face because that's how he's booked? Bit tricky to define.

>brand or if they get released
Man that's morbid, but I do like the idea of pick one answer but there's multiple potential answers...

And congratulations on your win!